my favorite antipasta (no matter where) is arancini: here, @oliveandjuneatx, the arancini Verde with roasted tomato aioli, taleggio, and parmesan is a must get appetizer to start off your meal.
this truffle risotto with cauliflower and parmesan is from a local gem @oliveandjuneatx. we had never heard of it before despite it being pretty close to campus, as it's tucked away in a small cozy neighborhood. the aesthetics are gorgeous and the food just as good -- so make a trip over when you want some classic Italian
it's 7:30 pm and I'm still out here craving this Florentine eggs benedict from @rosedalekb that @zowie_97 and I shared a few weeks back. they've only got brunch on Sundays but we were able to walk in easily without a reservation. just take a look at that -- the best hollandaise sauce we've had! what's your favorite type of eggs Benny?
this brioche French toast features sweetened condensed milk ice cream,blueberry Thai Basil compote and brown butter syrup. @foodwithsorin ordered this when we went to brunch last weekend @elizabethstreetcafe -- and yes, it's really as good as it looks. and if super sweet things for breakfast is your thing, then this French toast is for you.
these matcha macarons with raspberry filling are the products of one of my best friends Erika, who's in California. the last time I tried making these was last year with @foodwithsorin, when we made coffee macarons. what's your favorite type of macarons (and any one else here that makes their own)?
dip dip dip! ••• my roommate sent me this lovely spread from a brunch spot in Boston... making the rest of us down in here in Texas a bit jealous! 🤤
if you recall our very first post, it was a poorly-lit photo of beet risotto, with a dallop of marscapone and topped with short ribs that melt in your mouth. this is that same photo---but you can definitely see how much we've grown as food photographers 😂 this item never left our mind since we first tried it a year ago, and once it came back on the @locadoroaustin menu, we may or may not have come back two days back to back for it. don't be like us and wait a whole year 😂
yeah, that's a cat-shaped syrup holder you see there. And if that doesn't convince you to stop by @launderetteatx, take a look at these fluffy buttermilk pancakes, topped with blueberries, powdered sugar and cream. So go ahead and put this spot on your brunch list, because it's worth it (and go at 11 am Saturday if you want to avoid an hour long wait!)
Keeping a New Year's resolution can be hard, but staying healthy doesn't necessarily have to be! @genghisgrill has added a bunch of new and healthier options, and you can rest assured that the food is still amazing! We recently headed over to try them out, and created our own bowls (as you can see, lots of corn in mine!) thanks to @genghisgrill for letting us try these new options -- we had lots of fun! #partnership
Skip to content
Press Enter / Return to begin your search.

Last year, during my Spring Break, I returned to Boston, Massachusetts for the first time in eighteen years. My dad was a student at MIT for a few years, and I was born in the beautiful city of Boston.

It was quite the transition, though, going from almost 90 degrees-Texas to 37 degrees-Boston, but a new sweater and coat I bought beforehand came to the rescue. This city establishes the perfect balance between modernization and traditionalism, and its architecture is absolutely stunning. Most transportation consists of the train ($19 for a Charlie Ticket — very good choice!) or walking (I was averaging about 25k steps a day!!)

Anyways, we went to visit some of the old buildings that my parents either used to live in or work in, most of which were on the MIT campus. We also stopped by the hospital I was born at — apparently the number 1 ranked women’s hospital in the nation. For the rest of the trip, we visited some tourist hotspots and museums, and spent a lot of time walking through the streets, markets and Chinatown.

Below are a few of my favorite pictures of the city, and later this week, I’ll have another post dedicated to the art & life aspect of this beautiful city!

We visited during Spring Break, but it was still freezing. 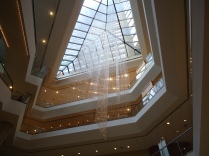 The hotel we were staying at, The Marriott, was beautiful. 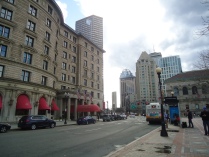 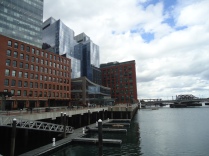 The site of the Boston Tea Party. 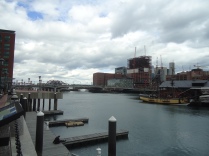 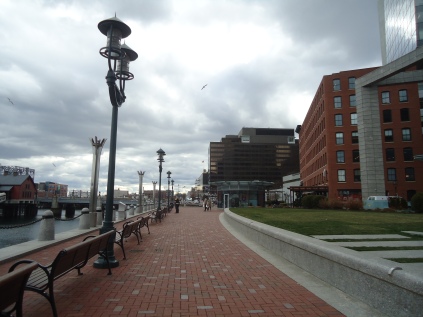 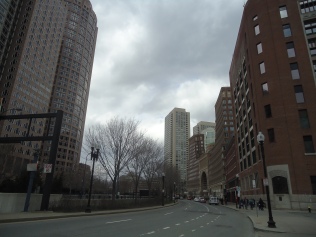 The Boston Massacre happened right in front of this building (the State House).

The hospital I was born at!

The statue of Thomas Ball at The Public Garden.